The Scottish Clay Shooting Centre was opened in 1999 having been designed and built by the estate’s owner John Foster, a lifelong fan of shooting whether it’s muzzle-loading hammer guns or .22 air rifles. He can still be seen at the SCSC most Saturdays and he’s sometimes equipped with his muzzle-loader. Despite the slower-burning powder, you’re hard pressed to see him miss a clay – a matter of slight annoyance for his daughter Alice and his sons William and Ed.

The first job in 1998 was to build the banking that surrounds the centre. In order to keep the noise to a minimum for our neighbours we brought in 1000s of tonnes of top soil and not only did the perimeter banking fire the noise towards the sky, the interior banking allowed a great number of people to shoot at the same time in complete safety. John also made sure that the centre faced north – a key decision that many people overlook and one that enables you to shoot without the sun ever being in your eyes.

The other challenge was that due to planning restrictions (because of Leuchars RAF base) we weren’t allowed to build a high tower. John solved this in less than five minutes by buying two cherry picker cranes…

The manager, Ron Maxwell, joined us in 2000 and has been with us now for over 16 years. He’s always been a master of clay shooting and is one of the best instructors in the business.

Both John and Ron were keen to reinvest in the business every year and so nowadays the SCSC is lucky enough to boast both a great selection of rental guns and a wide range of clay traps. No expense was spared on the traps and our Claymate system (which allows a shooter to plug in an encoded box at each trap to count the clays) has been in place since the beginning.

In 2012 John decided to hand over the reins to his youngest son Ed. A great fan of clay shooting himself, he now oversees the everyday running with Ron and his team of instructors. “My father had the foresight to design one the best shooting grounds in the business,” he says, “and I need to do it justice by continually improving every aspect of it every year. Hopefully by introducing new traps all the time I’ll eventually be able to catch him out and he might miss a clay or two…” 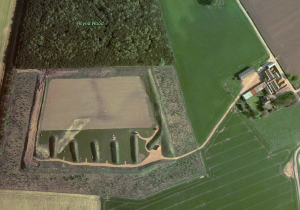 Please watch out! If you use the postcode in your satnav then you may get terribly lost. So lost, in fact, that you will end up near Tentsmuir beach, which, while beautiful, doesn’t offer expert tuition in clay shooting or any of the facilities that we have at the SCSC.